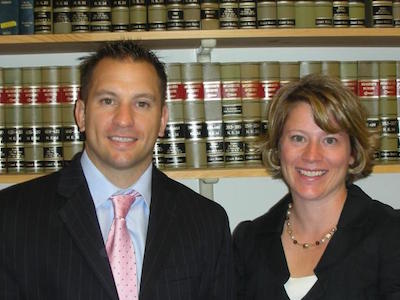 Quincy is a city located in Norfolk County, Massachusetts and is an immediate suburb of Boston. Quincy is considered a major part of the Greater Boston metropolitan area and according to the 2010 United State Censes, had a population of 92,271, making it the 9th largest city by population in the state.

Quincy shares a border with Boston to the north, Milton to the west, Braintree and Randolph to the south and Weymouth to the east.

Quincy was a major center for the granite industry as well as the thriving shipbuilding industry during the first and second world wars. Quincy also retains bragging rights as the original to Dunkin Donuts.

The personal injury attorneys at Curran Law Group, P.C. have successfully represented numerous clients in the City of Quincy and throughout the South Shore and Greater Boston area who have been injured as a result of the negligent or reckless conduct of others. Attorney Joseph Curran has helped victims recover millions in compensation for injuries including injuries as a result of:

As with many cities, Quincy has its share of accidents including pedestrian accidents which caused Quincy to gain increased local media attention over the past several years for its spike in serious and fatal pedestrian related injuries.

Every case has its own unique set of facts that will determine what settlement value it may have or what verdict may be awarded at trial. Below is a list of some of the damages that may potentially be recovered in any Massachusetts personal injury lawsuit.

Medical Bills: In any case, one of the first things insurance carriers will look at when evaluating a claim is the extent of any accrued medical expenses; however, this is not the only factor and Attorney Joseph Curran has successfully secured six figure settlements for clients in cases where the client had only a few thousand dollars in medical bills or expenses.

Lost Wages: If you have lost work because of your injuries, you are entitled to recover additional damages in the form of lost wages.

Pain & Suffering: This form of damages is often the most uncertain area as many insurance carriers will attempt to downplay and minimize the effect that any injuries have had on the injured party. Insurance carriers will do everything they can to try and minimize the impact that an accident may have had on the victim either physically or emotionally.

Emotional Distress: Car crashes and other injuries can be traumatic events and depending on the severity of the crash or the cause of the injury, these accidents can have a lasting impact on an individual’s mental and emotional health. It is not uncommon for victims of serious car accidents to suffer from post-traumatic stress disorder (PTSD) or display other signs of emotional distress such as loss of sleep, increased anxiety, or depression. This area of damages should not be ignored and can potentially make up a large portion of damages in your case.

Loss of Future Earnings Due to an Injury: In some cases, an injury victim may be unable to return to their job or occupation due to physical impairments or for other reasons. In these situations, a claim for loss of future income or earnings may be appropriate depending on the circumstances of the case.

If you have been injured your legal rights need to be protected. One of your first steps should be to hire an experienced injury attorney to evaluate and handle your case. Immediate action may be required to preserve all of your rights.

If you have been involved in an accident whether it is a car accident, a slip and fall accident, or you have sustained injuries due to medical negligence or have been injured as a result of some other form of negligence, it is vital that you act immediately to protect your rights. Please call us at 781-277-3262, or send us an e-mail. Get your FREE legal consultation today with Curran Law Group, P.C.

Contact Us
Practice Areas
Client Reviews
★★★★★
He made things happen and WON my case. Joe is very likeable and was great with the Jury and the Judge. Even the Judge committed an how well prepared he was, this was a BIG company we took on. I can't say enough on how good he was. JOE GETS RESULTS. Bruce Bell
★★★★★
He is always ready to talk and discuss with you concerning the case, gives his advice, takes your opinion and makes things work with a personalized approach to each case. I am glad I had Attorney Joe representing my case and I would highly recommend them. Anubha K.
View More
Submit a Law Firm Client Review